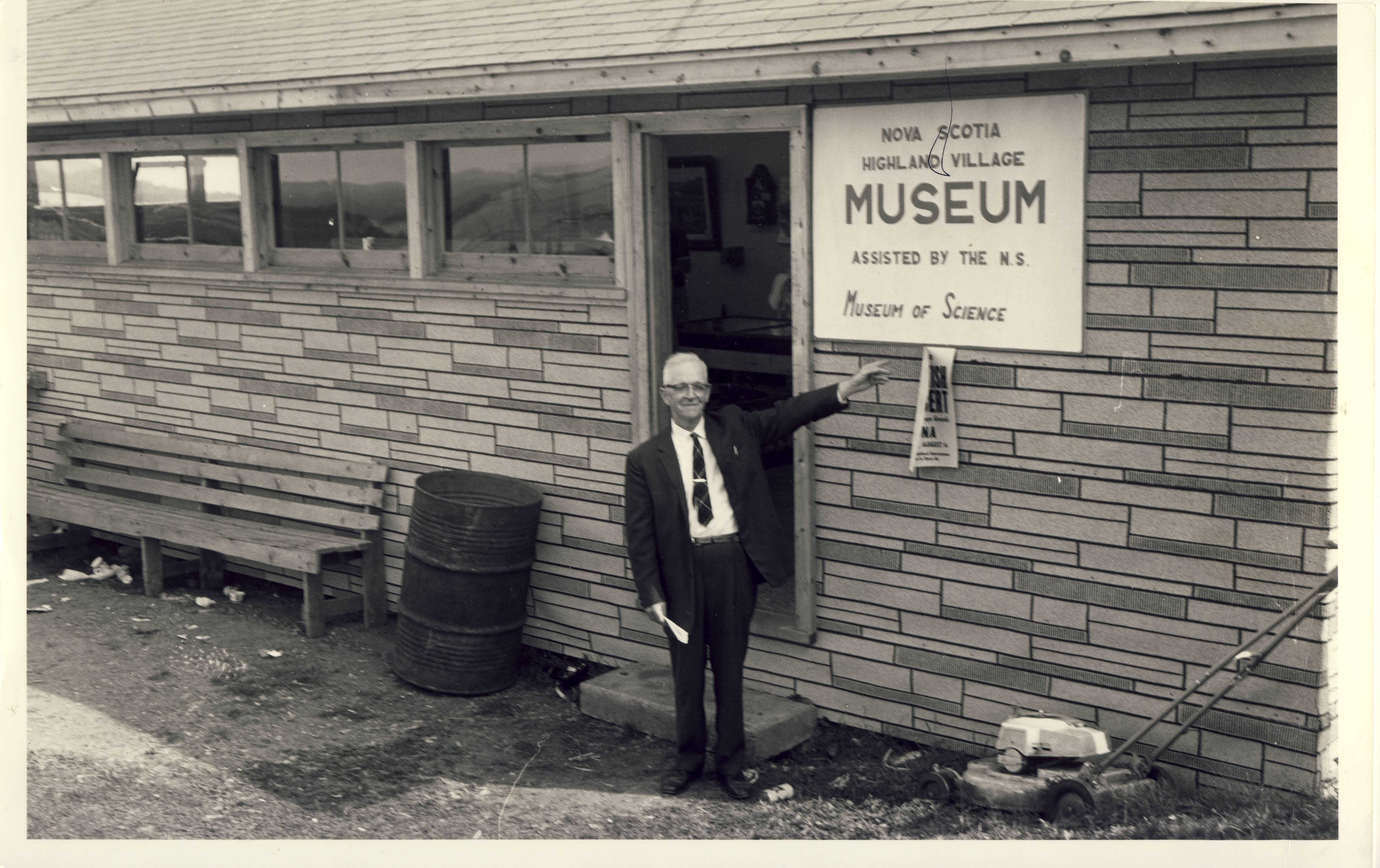 The initial concept of a living history museum dedicated to the Scots Gaelic story Nova Scotia
dates back to the 1930’s when a delegation from Nova Scotia, including then Premier, Angus
L. MacDonald, visited the United Empire Exhibition in Scotland. A model “clachan” or village
there gave them the inspiration for a similar attraction in Nova Scotia to tell the Gaelic Nova
Scotia story. With the onset of World War II, the concept was shelved until the mid 1950’s,
when the Nova Scotia Association of Scottish Societies sponsored a province-wide competition
to select a host community for the museum.

At that time, a group of individuals came together in the Iona area to champion Central Cape
Breton as the home for a future Highland Village. Their presentation to the committee, which
was made in Gaelic, focused on the strength of the culture in the area. In March 1956, Iona
was chosen as the site for Nova Scotia’s Highland Village, over proposed locations in Pictou
and Antigonish Counties.

The members of the Highland Village group spent a great deal of effort in planning what the
Museum should entail and what it should represent. In the early 1070’s the Highland Village
group developed a Master Plan which would detail the layout, and design as well as ensure the
content on site was historically documented and authenticated.

Through the 1980’s and 1990’s more buildings were added to the site, and the Roots Cape
Breton Genealogy centre was created. The Society and Staff worked diligently to ensure the
physical characteristics of the site were continuously improved, a Living History program was
developed and improved collections management and preservation techniques became a
priority.

Becoming a Provincial Museum & Beyond: 2000-Present

On June 15th, 2000 the Highland Village Museum became part of the Nova Scotia Museum family. This was also a time of great investment of time and funds to upgrade the Roots Cape Breton Genealogy Centre, the Gaelic Language and Culture Programming, as well as develop improved interpretive programing.

With a new lease on life as a Provincial Museum, the Highland Village undertook significant strategic planning with a renewed emphasis on enhancing and increasing cultural interpretation and programming as well as providing leadership in Gaelic renewal efforts in the wider community. Throughout the decade that followed joining the Nova Scotia Museum, the Highland Village has advanced a number of initiatives including: the presence and interpretation of Gaelic language and culture on site has been significantly increased; new experiential programs were development and implemented; the Malagawatch Church (c.1874) was moved to the site; a working carding mill (from the Cash family) was opened; role playing was introduced as part of the animation program; several significant outreach programs and projects were launched for the Gaelic community; and a research program to authenticate the physical presentation of the site was commenced. The Highland Village is well on its way to achieving its vision.

To learn more you may read our history as written by Cheryl Sullivan in honour of the 40th anniversary of the Highland Village Society here.